This is my last blog before turning ECTJustice.com over to the DK law group. It is a bittersweet moment for both myself and my web manager, Ron. ECTJustice.com has been a thrilling, heartbreaking, and joyous experience in which much has been learned. Much passion has gone into this. Thank you to those who supported me on this incredible journey.

My goal in psychiatric activism was to bring lawsuits around some aspect involving electroshock. The DK Law Group has just announced that it is joining forces with Baum Hedlund Aristei and Goldman, P.C. and other attorneys to prosecute on behalf of ECT victims nationwide. With our goal achieved, I can now happily investigate other interests outside of this area of activism.

In reflection, I realized I had one final warning to issue. The issue of turning over your power, and who you are, to an abusive person, whether it be a mate, or a professional treating you.

Are the “experts” always right?

I look back to my abusive marriage that fed me to psychiatry through gaslighting, minimizing, and other covert narcissistic maneuvers well hidden, in my marriage for almost 33 years. Coming from an extremely traumatic background, I became fodder for both my relationship in marriage and later psychiatry. I do not say this from the standpoint of a victim, but from one for whom this system is primed. In abusive relationships it is not uncommon for the woman to be identified having a mental health disorder, and is therefore identified as the “problem” in the relationship. We need more therapists trained in CPTSD and covert abuse.

Many of us want to be seen and heard. We want validation. We will agree to diagnosis and treatments for this. We will surrender our personhood it seems, to fit into a box that has an answer, whether medication, ECT, or therapy. I agreed to what they said of me. It seemed like the answer to all my difficulties.  Assigned an erroneous label, my responsibilities to myself seemed to evaporate.

I swallowed the pills and accepted the diagnosis, because all the experts had to be right. It was easier than admitting my life was messed up from beginning to present, and I had to take action to correct it. One wants the relationship so much for many reasons, that I found myself living up to the diagnosis, and trying to be “a good patient.” It is all so very dangerous and insidious one does not recognize in the moment. It nearly cost me my life.

We turn our power, and opinions of who we are, over to people who have their very own issues, I believe often projected onto vulnerable patients. People go into this field often because they fight their own demons. We take the psychiatric labels they slap on us as gospel, and now we belong in some box, to be “treated.” We want to belong, and now we can join the groups that connect us, sadly through these labels rather than our personal defining strengths. I know I often went to a therapy session out of pure loneliness. The DSM should have loneliness at the head of their index. 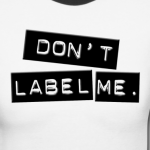 I acknowledge extreme states and suffering of many forms.  I know support groups are important in healing and have utilized them. But people should not be labeled for life.  A psychiatric label is based on someone’s opinion, on a given day, with given circumstances, and that can vary doctor to doctor. This will follow and impact you in all facets of your life.  It will become your “defining moment.” Don’t let it be that. 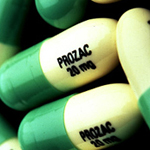 In my opinion, psychoactive drugs should only be used after all other alternatives have been tried.  Due to their potential for serious side effects, drugs should only be used short term, in low doses, and only with the patient’s fully informed consent.  Patients deserve to know truth of drug side effects that may very well contribute to the worsening of their symptoms.

In addition to coming from a highly abusive background, I was put on SSRI drugs (for “depression” vs. CPTSD secondary to abuse).  That led not once, but twice to violent outcomes. Instead of the drug being removed to see if my condition improved or resolved, I was given many more drugs, labels, and eventually ECT. These drugs I feel are contributing to mass shootings in addition to increases in other forms of violence such as suicide.  The FDA requires a black box warning on SSRI packaging of the potential for increased suicidality.

Electroshock is brain damaging, and should never be used. Psychiatrists often justify electroshock by saying the patient is “treatment resistant.”  By shifting blame from the ineffective treatment (drugs that didn’t work) to the patient, they justify using a brain damaging procedure that many say does irreparable harm.  The much more likely truth is that before the shock, and before the drugs, the physician failed to search for and treat an underlying and undetected medical cause of the distress.  Or the physician simply failed to ask about possible physical or emotional abuse in the patient’s life, and help the patient deal with the actual source of the problem.

My abusive childhood and marriage made me compliant, in yet another abusive and dehumanizing system. It allowed me to swallow the truths of people who referenced a book verses referencing my personhood and my capabilities. They wanted to dis-empower me into being a “good and compliant patient”, by being patronizing and condescending towards me.  They tried to enforce compliance by using guilt and the love I had for my children. They set themselves above me, behind glass, so they could smugly label me.  They call themselves “healers” so they are able to sleep with themselves at night.

I know people suffer, because I too have suffered. I know many states labeling us as “ill” are often gifts to be managed and utilized. I believe there are those who do not want us to access what are, in many instances, Spiritual insights coming to fruition. Drugs and shock prevent us from being able to access these areas needed in our evolution.

NAMI is in the schools now.  It is principally funded and controlled by pharmaceutical companies.  It should be viewed for what it is, a marketing tool of Big Pharma.  Its purpose in the schools is to get our children on these highly addictive and dangerous drugs. Our children need to be taught boundaries and self-partnering skills. Skills such as meditation/yoga, conflict resolution and open dialogue. Focusing attention on wellness and creating community will lessen the need for mental health interventions such as labeling and drugging. Children will have positive attention toward healing and utilizing their struggles to benefit their growth and the growth of others.

This system of accepting psychiatric labels, drugs, and shock, in order to be seen and heard in our suffering must change. The current system of us and them only separates.  The hierarchy will need to fall to establish the systems meant to evolve. I no longer accept the current system.

I look back at what I agreed to, what I tolerated, and I am angry at myself. To be seen and heard, I felt I had to live up to the diagnosis.  This is a sad revelation to me, knowing what I robbed my children of, and the harm I inflicted on them. In my immaturity, I did not recognize it.  I say all this, because I hope a parent may see themselves in my experience, and spare their children and themselves.

Nothing is without purpose I have learned. We are all in this together, so please rise up.

Thank you and goodbye.