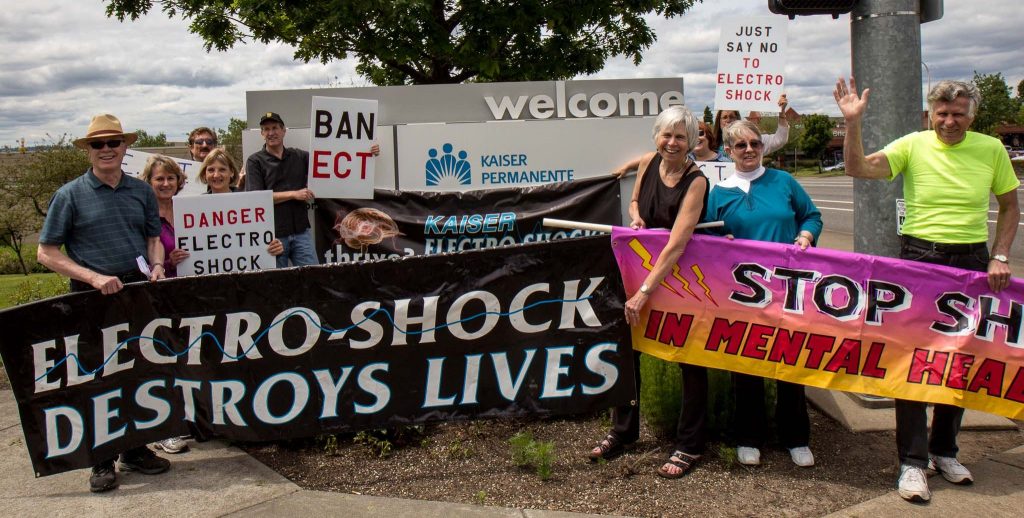 On May 16th, 2015, Electroshock survivors and supporters from around the world staged a coordinated protest against shock treatment.  Activists in 27 cities gathered at facilities performing electroshock and in public venues in remembrance of those whose lives were destroyed by shock, and to demand an end to this brutal psychiatric “treatment”. 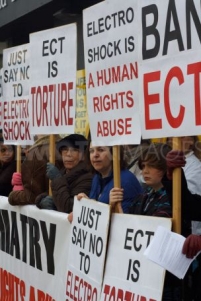 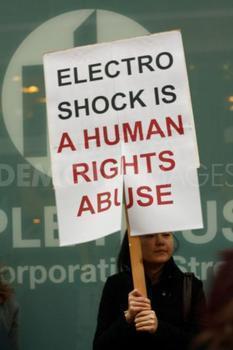